While working on a new version of Stimulsoft Reports.Web we have paid attention to the full support of displaying the reports by the StiWebViewerFx component. Now it supports watermarks, shadows, and the advanced borders of the components of a report. In addition, we worked on the report designer in the web. A lot of minor improvements in this direction were done. Also we added support of the PDF/A storage format of documents, which extends the capabilities of our product.

Watermarks, shadows and borders
The new version of StiWebViewerFx now supports watermarks in a report. Text watermarks and watermarks as images are supported. In addition, StiWebViewerFx can show shadows of components. And another improvement is support of advanced borders. Now all types of borders are completely supported.

Report checking
Unique ability to check a report for problems was added in our product. We have created the system of checking reports on issues. The report checker does not only inform you about the errors of compilations but provides multiple recommendations, messages, advice, and warnings about fixing the problems. You may immediately fix issues by some of the ways offered. Report checking works both in the report designer and by running the Report Checker utility. 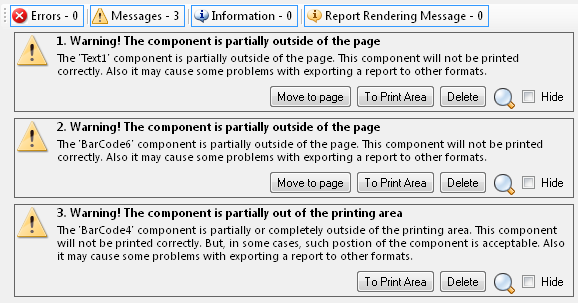 New primitives
In the new version of the report generator you will find multiple new primitives. All primitives are available for the Shape component. In addition to updating the Shape component we also updated HorizontalLine and VerticalLine components. New StartCap and EndCap properties are added. They provide an opportunity to change the style of the start and and lines in the report. 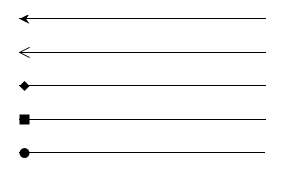 Report options
At first glance, insignificant improvement was made in the data dictionary. Variables have a new Request from User property. If to enable this property, then, when you show a report in the viewer, the report generator will automatically display a special form that is used to output the value of this variable. This improvement greatly simplifies the development of reports in our report generator. This property is supported by WebViewer and WebViewer.Fx.

ProcessignDuplicates improved
We have extended the work with the ProcessingDuplicates property of the text component. This property is actively used by many of our customers. We added 3 new values: BasedOnTagMerge, BasedOnTagHide, and BasedOnTagRemoveText. New values are different from previous ones. They use values of the Tag property as the key for processing but not the Text property of the text component. This enhancement provides the ability to specify compound keys, which will be used for components processing.

Turkish localization
Our customers from Turkey might be pleased to discover that they are now able to use Stimulsoft in their native language. Now our product supports 25 languages.

This new major release of Stimulsoft Reports Designer.Web 2010.1 does not have many improvements or bug fixes. However we fixed some errors found in previous releases. We also improved the designer interface and added some new features to the StiWebDesigner.

Turkish localization
Our customers from Turkey might be pleased to discover that they are now able to use Stimulsoft in their native language. Now our product supports 25 languages.

Stimulsoft is proud to have won ComponentSource Publisher Awards for 2009-2010.

We would like to thank all of our users. It would never be possible to create such products and get the award without you, professional developers, who uses them in their everyday work and actively paticipate in products development.

We are glad to announce the release of the Beta 2 version of Reports.Fx for PHP.

This version comes with a number of changes. Here it is:
To download and evaluate the new version of the product, please visit the download page.

We are glad to announce the release of Stimulsoft Reports.Fx for Flex Beta 2.

What's new in the product:
To download and evaluate the new version of the product, please visit the download page.