Majority of changes in Reports Designer.Web version 2009.3 are related to the migration of our project to Adobe Flash Player 10. Now in report designer it is possible to save and load reports from files. It is also possible to work with the report viewer directly on the tab in the reports designer. Improved work with fonts is also available.

Viewing reports in Reports Designer.Web
Now it is possible to view a report directly from the designer tab using the Viewer.Fx component. We have added this component to the Preview tab in the report designer. Previous methods of viewing reports are also available.

Super ToolTips
Super Tooltips provide much more information about controls. Now there is no need for you to guess where this or that control can be used. Detailed tips describe almost each button. We believe this feature will be useful both for advanced users and for novices. 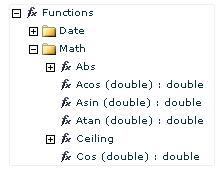 Work with files of reports
New version of the report designer can work with report files on the client side. And there is no need use special forms of ASP.NET. Everything is very simple - the Open item of the main menu opens a report from the file using dialog. The Save Report as... menu item saves a report to the file using the dialog. 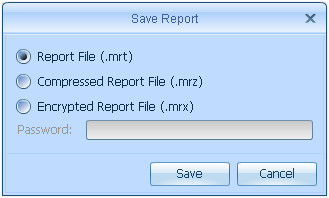 In this major product release, numerous new features and options have been included. Among them are some significant ones: The full list of changes and innovations is represented below.

This is the second version of our product Stimulsoft Reports.Wpf. We have done huge work on fixes which were found since the first release. Also we added the Report dialogs, cross-tab components, increased the functionality of the properties panel in the reports designer. Our product is localized in Arabic. Two new exports are added. These are SVG (Scalable Vector Graphics) and MS Power Point.

In a new version of Stimulsoft Reports.Web we tried to increase the level of work with reports in Web. Now Stimulsoft Reports.Web includes a new StiWebViewerFx component. This new report viewer was developed using Adobe Flash. New viewer is not only a perfect looking but includes many new functions of work with reports. Now we can say that web reports abilities are equivalent to the Win platform!