Product packages and basic characteristics of the product.

Impressions of the program are formed not only on the basis of the functionality. The essential thing is the interaction between the man and the system. We paid a lot of attention to this aspect. As a result, Stimulsoft Server gets a well-thought and intuitive interface, easy to use, and quick to work. On all platforms, client applications use maximum capabilities of the platform for which they are created, do not violate the routine concept in the interface of an operating system and intuitive for users of any level of experience. Asynchrony of the interface provides responsiveness and speed; intuitive and familiar controls provide fast adoption.

Each type of the client application is characterized by unique and at the same time typical for the platform controls and control methods.

The rapid development of the technology has led to the emergence of a new concept for corporations, BYOD (Bring your own device), which allows using personal devices of employees in the enterprise. And there is no secret that these devices are tablets and smartphones. Therefore, our client applications are designed to work with multi-touch screens which have become an integral part of modern mobile devices. Now, creating reports and managing data processing has become even more comfortable and convenient.

The multinational working environment has not gone unnoticed – the availability of localizations allows you to communicate with users who use different languages. It is provided both by support for multilingual reports and dashboards in Stimulsoft and built-in localizations of UI's that are dynamically loaded from the server "by demand."

Interaction of departments and headquarters located in different time zones and different cultures becomes transparent and simple. Thanks to the support of various linguistic cultures and data formats, as well as "smart" adaptation of schedulers to the current time zones that allows you to display data processing on outsourcing.

Stimulsoft Server includes several tools that considerably improve the safety and security of data. This is critical for the functioning of the corporate environment. In the "ecosystem" of the reports and dashboards server, we use a role-based user control of access to the data and various components of the system. It allows you to flexibly configure the rights for different categories of users, disabling them some functionality to reduce the potential risk of data loss or damage.

Also, the system of versioning reports and their snapshots allow preventing data loss in case of software errors of connected data sources and user actions. If you modify the report template in the designer, the old version of the report is still available and, if necessary, can be activated. Rendered report with data is a called report snapshot. It also has versions accessible from the user interface or API. Moreover, the server can create data snapshots from the selected data source to display a report with data at the required time.

Secure protocols with encryption and access control to the data on the server-side provide high security of the client-server system.

Using different data formats allows integrating Stimulsoft Server in the corporate environment without any changes from other services. Importing data goes through data sources. The current version supports such popular DBMS like MS SQL Server and MySQL Server, as well as ODBC and OLE DB interfaces. So it is easy to connect the input data stream to the server. Using schedulers, you can provide automatic synchronization between various components of the corporate system.

Output data looks like electronic documentation (reports) in different formats – from our own (for internal use) to the traditional corporate documents Adobe PDF, MS XPS, MS Word, MS PowerPoint, MS Excel, Open Document Writer, Open Document Calc, and others. A significant advantage of our system is that exports to all formats are implemented using internal libraries without the need to install third-party products. 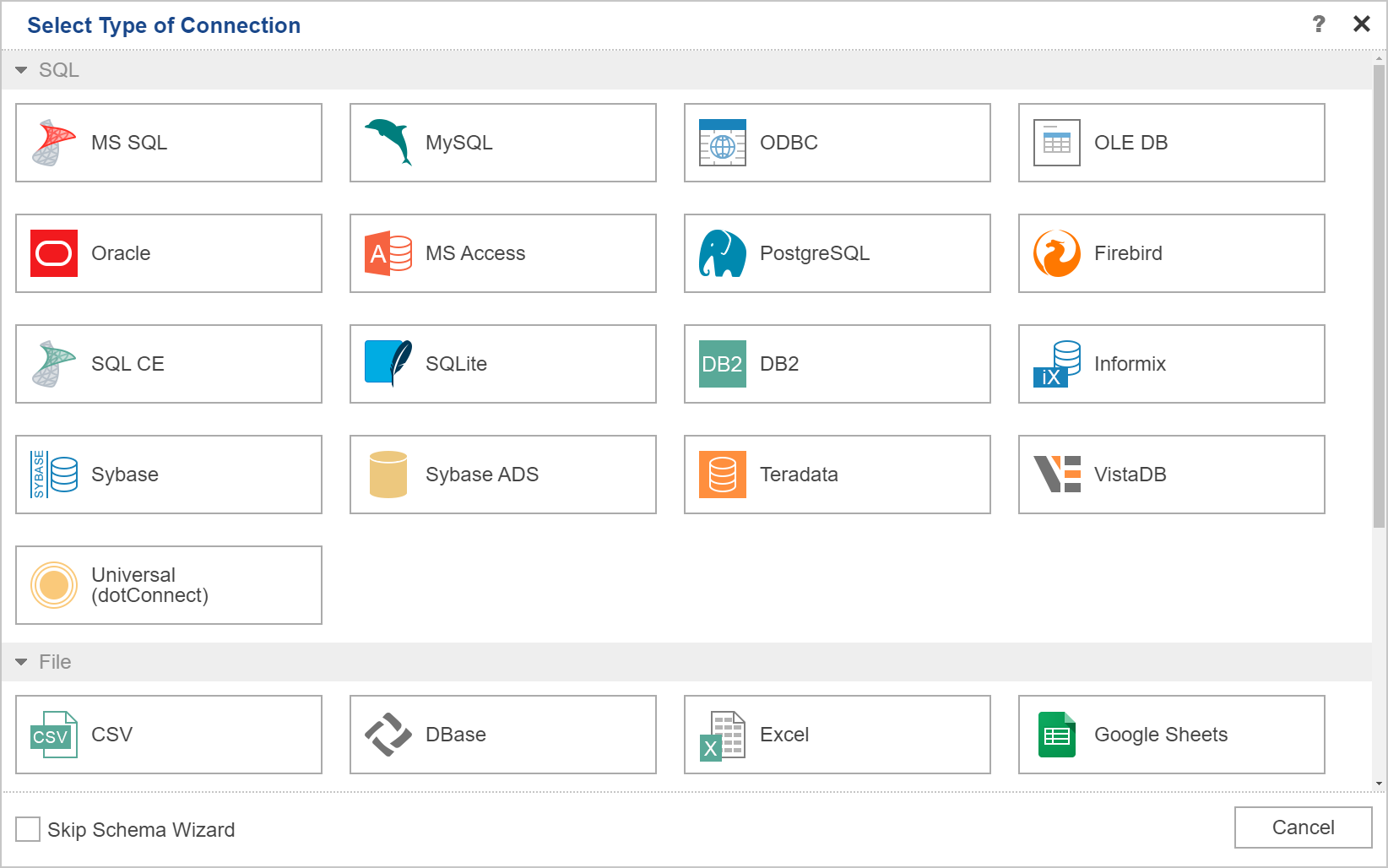 System requirements for deployment of Stimulsoft Server on the local network are very humble – 2-core processor and 4 GB of RAM is enough to experience the benefits of the reporting server before obsolete single-user applications.

The following requirements are for the program part – any operating system of the Windows family (Windows 7, Windows 8.x, Windows 10, Server 2008 R2, Server 2012 and higher) with the installed version of the software platform Microsoft .NET Framework 4.5, as well as the installation of Microsoft SQL Server or MySQL, and IIS for client applications (in the case of local installation).

The requirements get higher when using Stimulsoft Server with increasing activity or increasing the number of users. In this case, the system is scaled vertically, which entails the expansion of infrastructure. 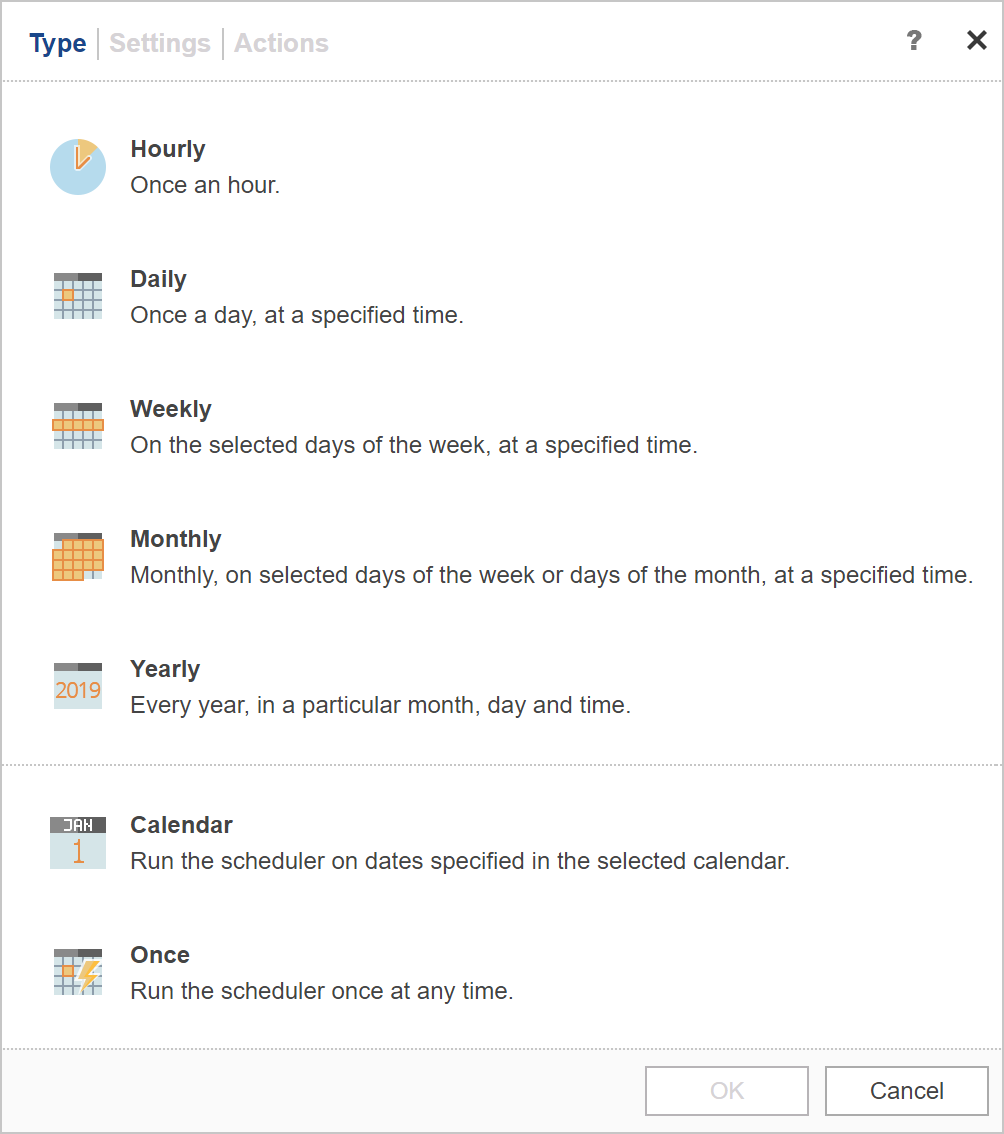 Whatever the functionality and performance of the system are, the weakest link is the human factor. Reduce its impact on the server performance helps process automation, which is implemented in Stimulsoft Server using schedulers.

Automation system of Stimulsoft Server allows you to create complex workflows and customize them for running in fully automatic mode. When the workflow is adjusted, you can forget about the technical side of it and enjoy the result – the rest things the system will do for you. Adjust Stimulsoft Server to play by your rules!
View pricing on Stimulsoft Server