The QR code in Stimulsoft reports

We are continuing the series of articles about two-dimensional barcodes. Last time we told you about the PDF417 barcode and showed the reports where it is used. Today we’re going to take a closer look at perhaps the most common and popular barcode in the world - the QR code.

What is QR code

A QR code is a barcode developed in 1994 for the Japanese car industry, but it quickly became popular in everyday life around the world. There are three squares in a frame at the corners and a lot of scattered points in the center on its label. You can encrypt absolutely any numeric or text value in the QR code. 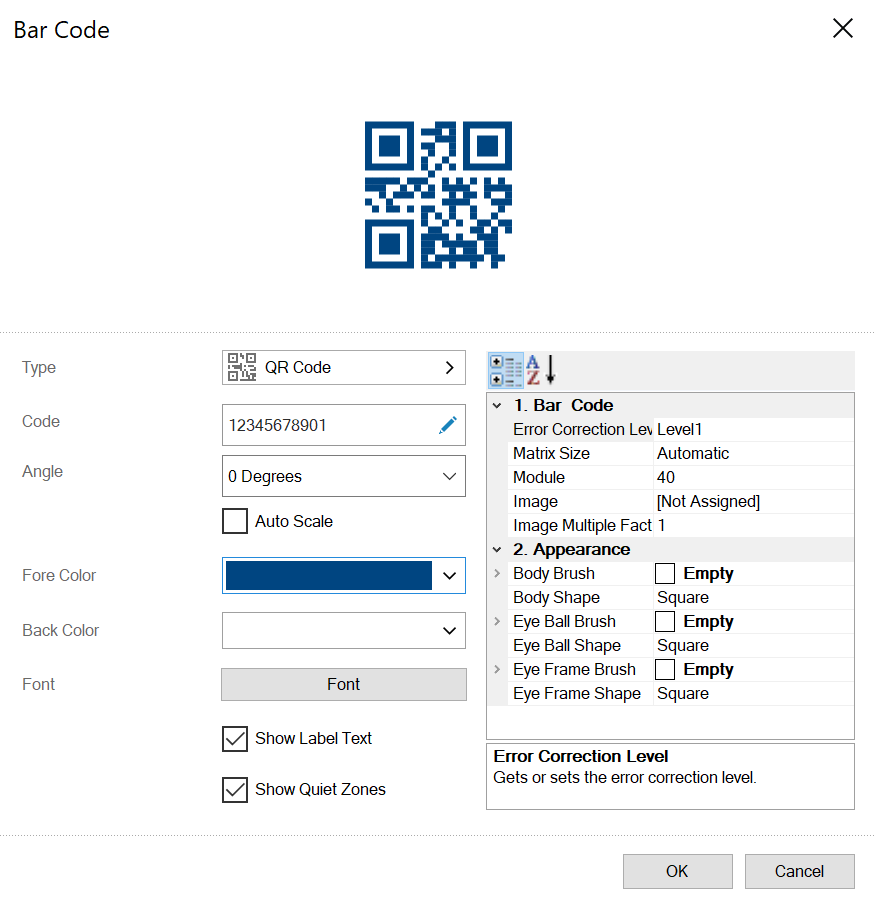 The advantages of the QR code

The main advantage of this barcode is that scanners easily and quickly read it. Due to this, it can be used in logistics, production, trading, and many other spheres. In big cities in Japan, QR codes hang on buildings and advertise large companies. You can put an image inside the QR code matrix, which will not affect the readability. The probability of reading error is very small because of the Reed-Solomon algorithm, which allows you to read the information even if the barcode label is damaged. These advantages of the QR code over other two-dimensional barcodes have prompted large corporations around the world to use it everywhere.

How to add and customize the QR code in a report

A QR code is added to a report as well as other two-dimensional barcodes, but its parameters are slightly different, namely the following tabs: 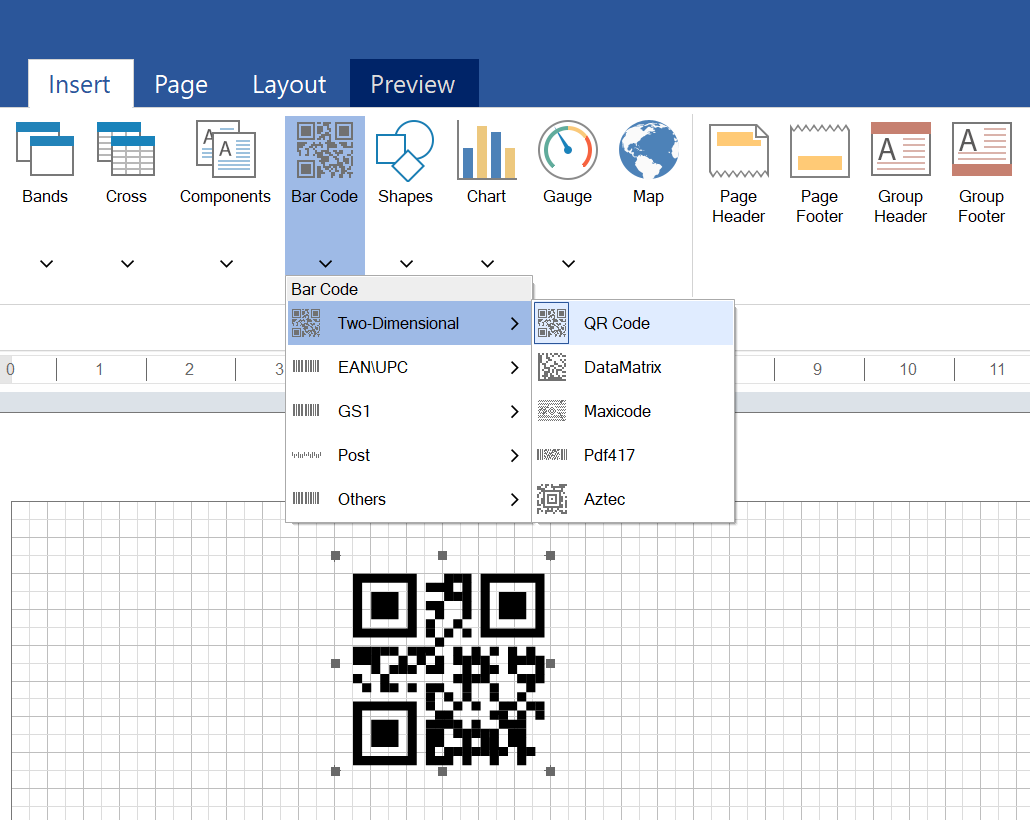 The examples of reports with QR code

As it was mentioned above, a QR code is used in many spheres of human activity. Now we’re going to show you how it is used in different types of reports.
In the Business Card, the company’s website is encrypted in the QR code.

In the Shop Check With QR code report, the QR code encrypts the price of all products in the check is encrypted.

The Film Poster report is a poster for a famous film. In this barcode the link to the publisher of the film is encrypted.

The Web Designer Business Card report also presents a business card, but in the barcode the company’s email is encrypted.

In the Planetarium Ticket, the QR code encrypts the date until which the ticket is valid.

A QR code is the most used barcode in the world, primarily due to the large amount of information that it can encrypt, easy reading, and customization capabilities. This type of barcode will allow you to extend the functionality of creating reports and make your work with data more convenient. If you have any questions, please contact us.
By using this website, you agree to the use of cookies for analytics and personalized content. Cookies store useful information on your computer to help us improve efficiency and usability. For more information, please read the privacy policy and cookie policy.
I agree