In the previous article we considered skill levels in the report designer, familiarized with the process of their changing, learned the description of each level and recommendations for their selection. We hope this information was useful for efficient and fast reports` development and analytics dashboards. This time we will talk about tools Publish and Actions in data dictionary. Their display depends on chosen skill level. When choosing skill level Basic or Standard these tools don`t display. It`s connected with that the tools for creating reports and dashboards are intended mainly for app developers. 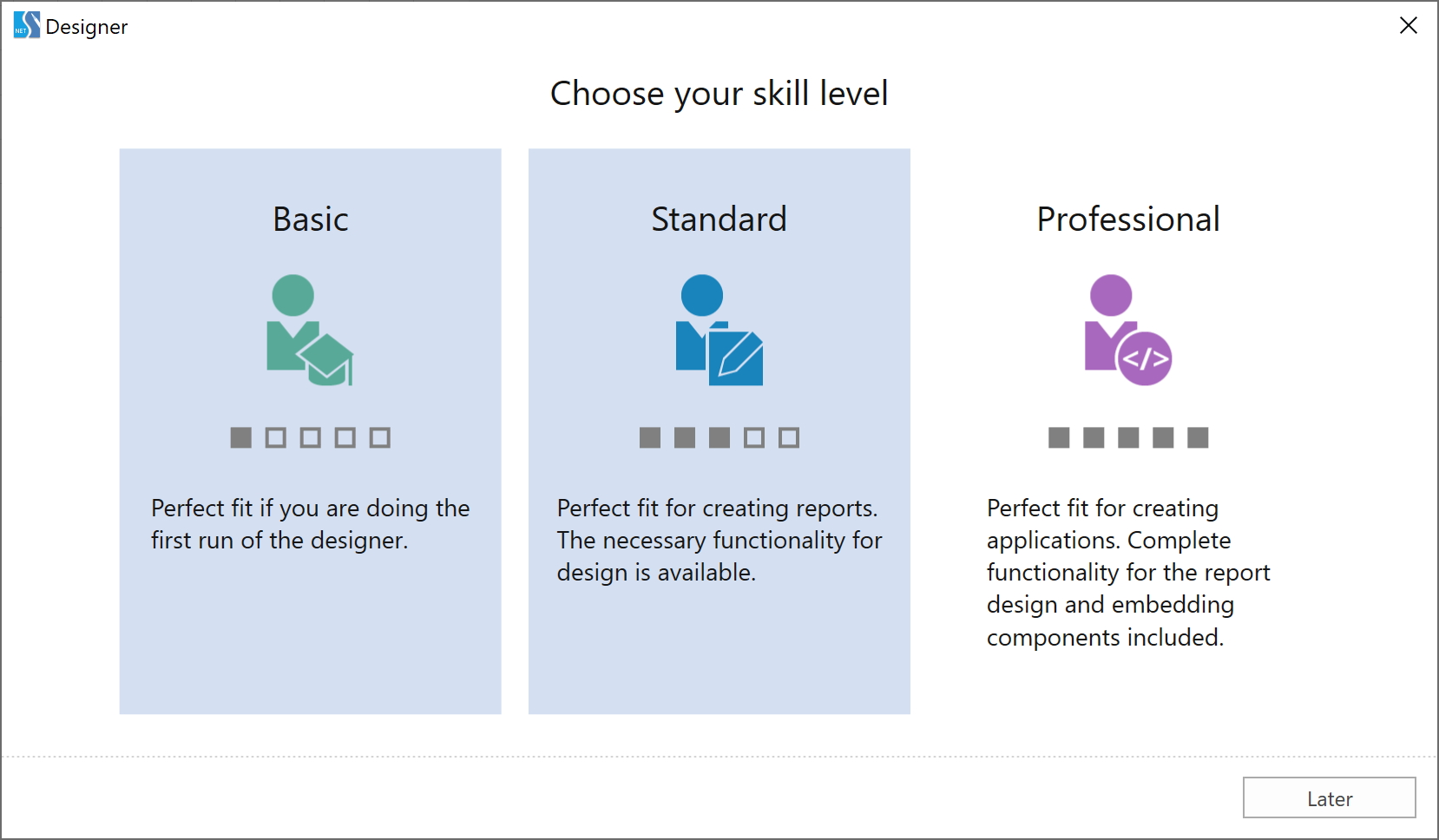 For example Publish gives an opportunity to simplify and accelerate the process of report`s embedding or indicator panels in a custom app for various platforms. And Actions contains different commands for working with report data`s dictionary, for its synchronization and used sources` embedding in report`s resources. 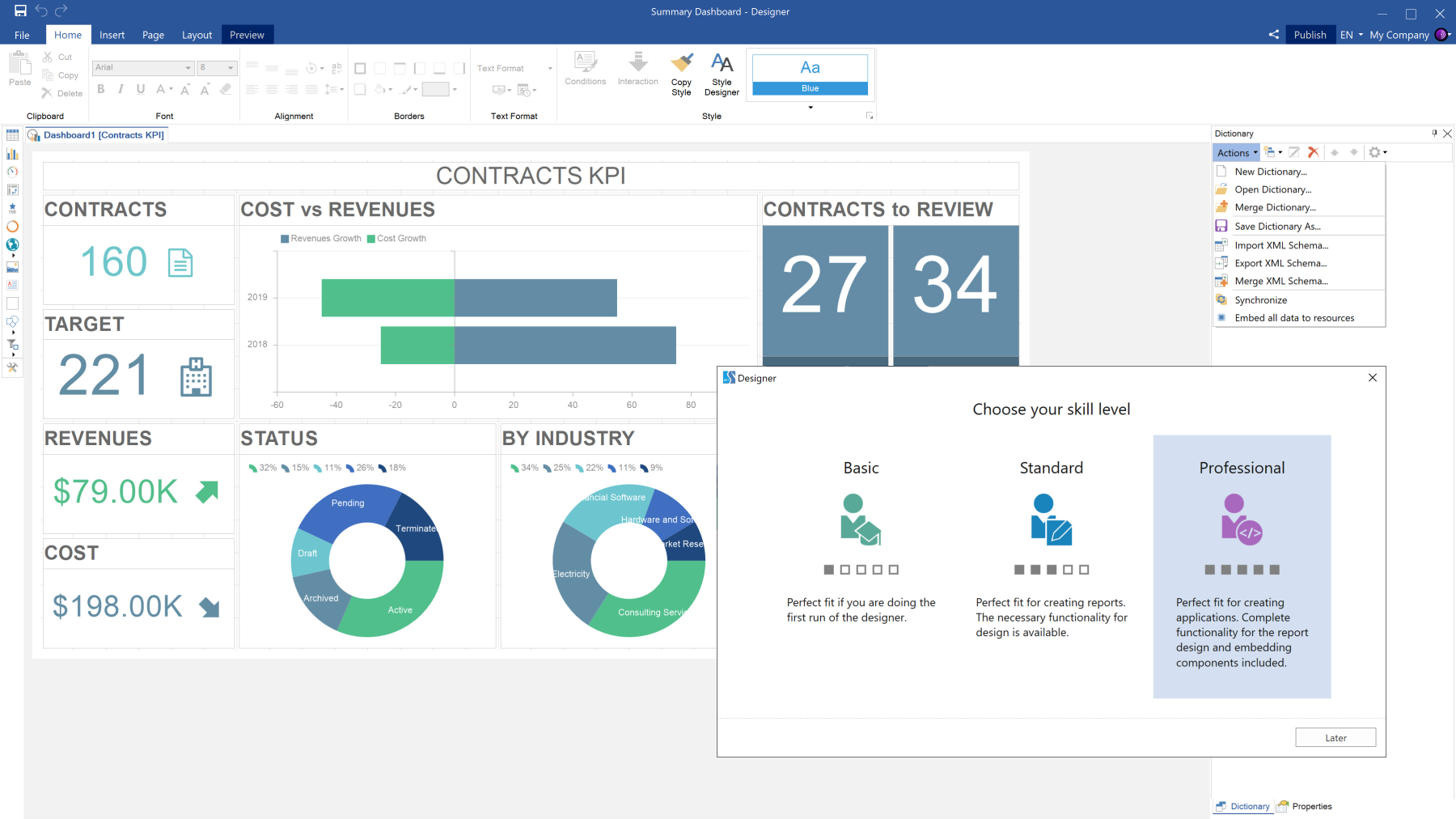 When developing reports and dashboards, these tools are rarely used. So they are available only when choosing Professional skill level.