We are pleased to announce the release of the new version Stimulsoft Reports 2017.1 which is now available for download. With this new version we introduce new features which are the new method of activating the software, .NET Core components in Reports.Web, ability to install Stimulsoft products using the NuGet, Maven, and NPM extensions, the Treemap chart, interactive charts in Reports.Web, and many more. 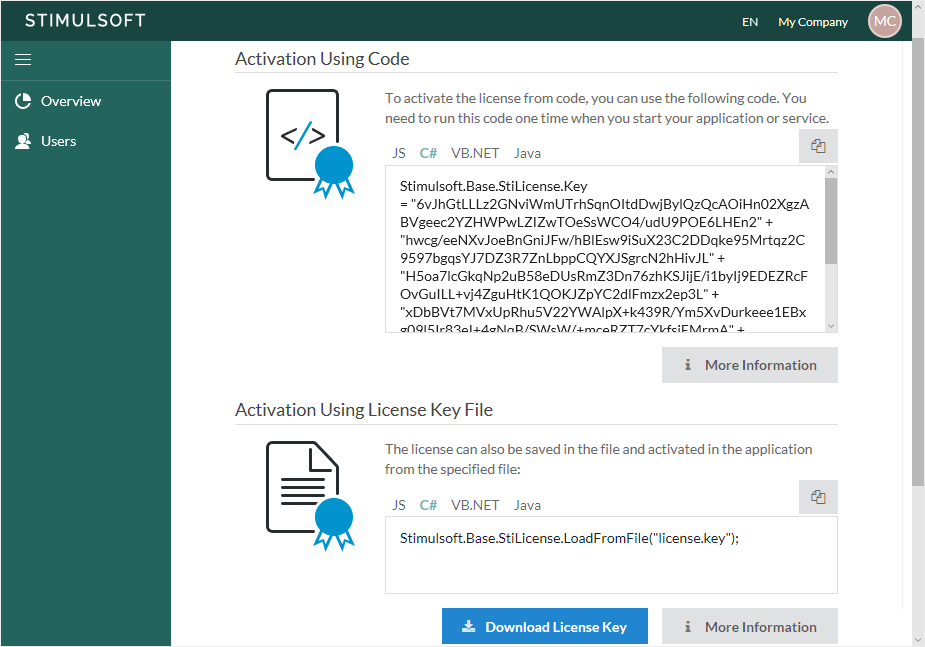 More detailed information about product activation using a license key and activation code is available in the user account.

Installing products using extensions
We have added the ability to install Stimulsoft products using the NuGet, Maven, and NPM extensions. Now being in the development environment, for example in Visual Studio, just select the Manage NuGet Packages... command in the context menu of the application, and then type Stimulsoft in the search field, specify the product, its version and click the Install button. 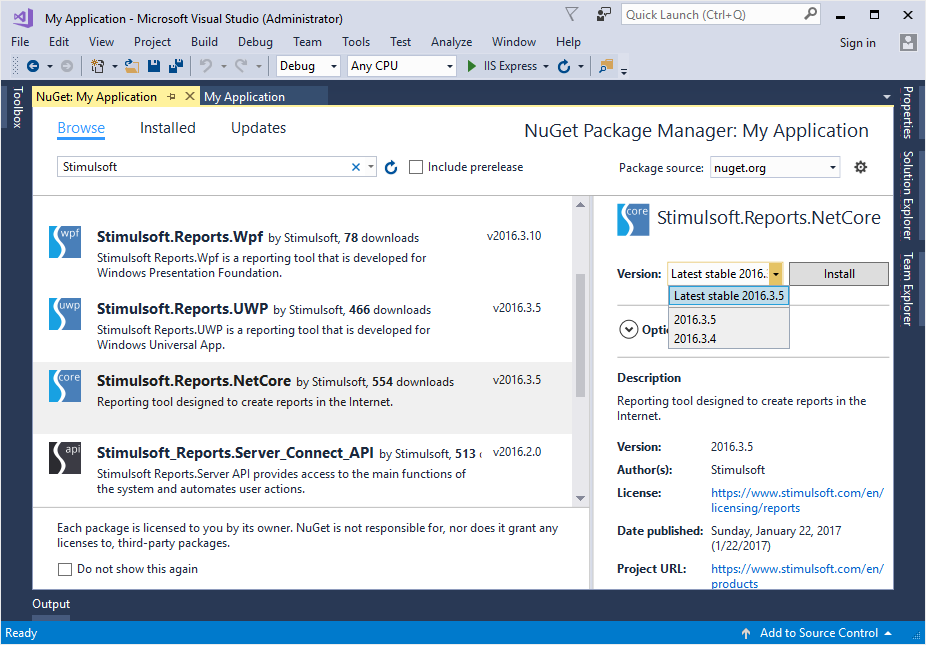 After that, the assemblies and components of the selected Stimulsoft product will be added to the custom project. You can add the Reports.Java product to your project using the Maven extension, and Reports.JS using the NPM extension, if the application is developed on Node.JS.

Support for .NET Core in Reports.Web
.NET Core is a cross-platform development technology. Starting with the release 2017.1, we added components for creating, editing and viewing reports using this technology. Net Core components are represented by a full-featured HTML5 viewer and report designer. 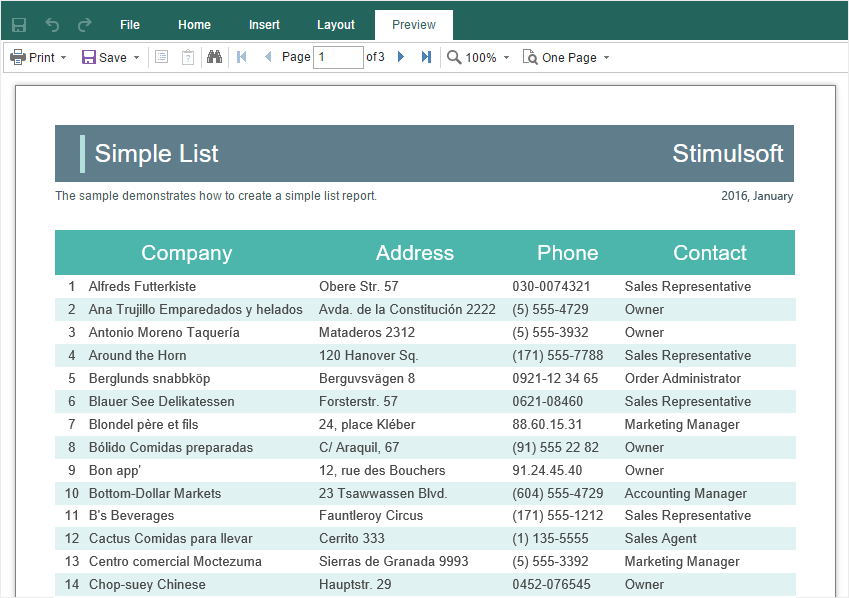 The TreeMap chart in Reports.Net, Reports.Web, Reports.Wpf
When designing reports for data visualization, you can now use the TreeMap chart. This diagram provides the ability to display a hierarchical view of the data. 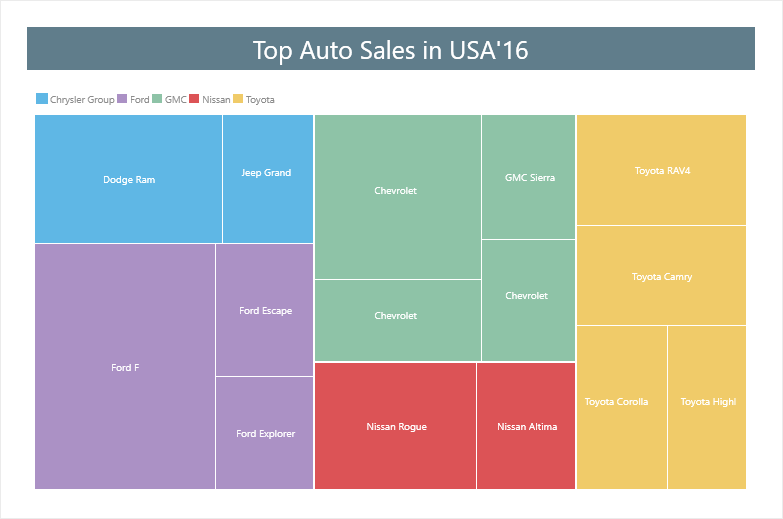 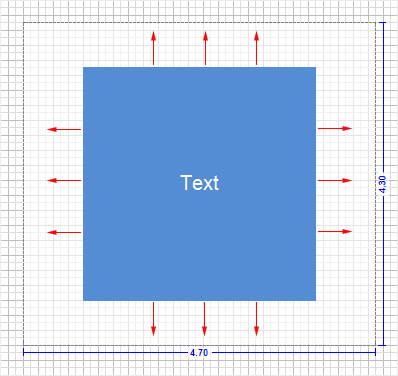 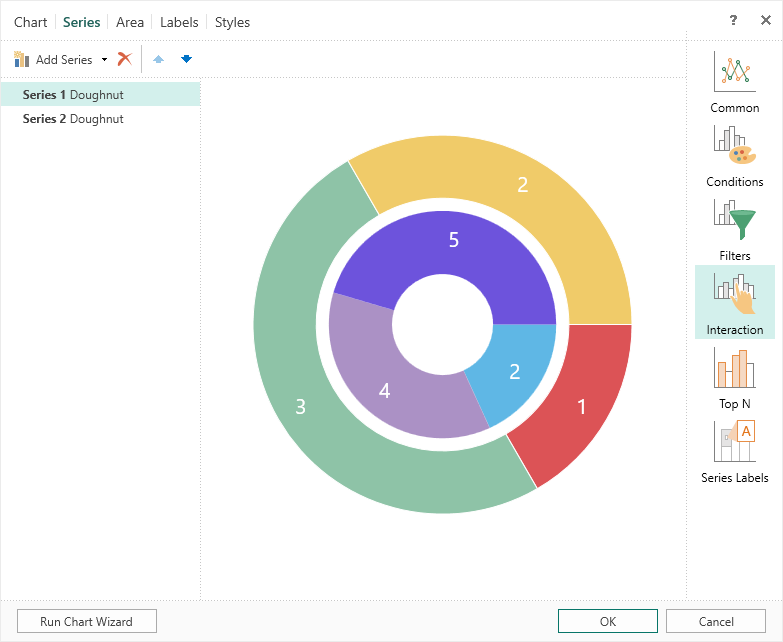 The sum by a group for the map component in Reports.Web Reports.Net, Reports.Wpf
If you use the Map component in a report, you can group data, for example, by countries or by continents. In this case, when the cursor hovers over the map element, its name, value, and the sum of all values by the group to which this element belongs will be displayed. 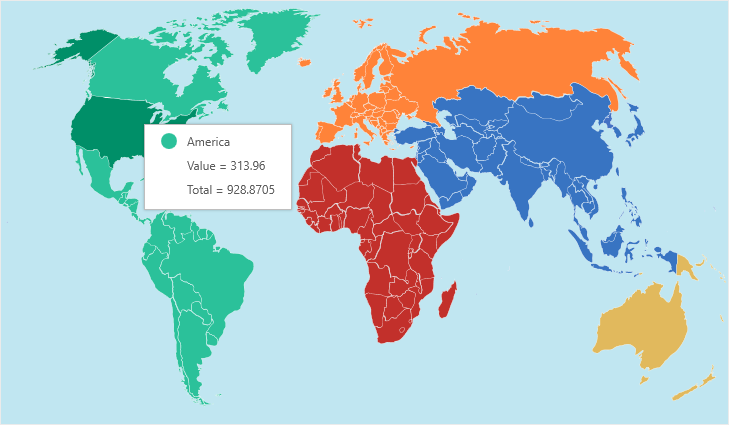 Primitives in Reports.JS, Reports.Web
Primitives are one of the elements of graphic design in reports. In the release 2017.1, primitives are added to Reports.JS and Reports.Web. To add a horizontal, vertical line, rectangle, rounded rectangle to the report, go to the Insert tab, and, in the Shapes menu, select the corresponding element. 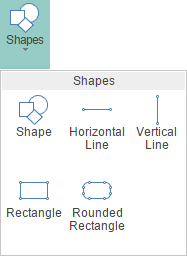 The Open button in the Reports.JS viewer
Starting with the release 2017.1, the Open button is added to the viewer. Using this option, you can load a previously rendered and saved report. 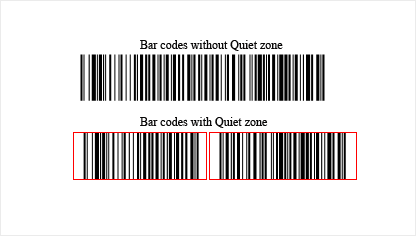 New properties to resize components in Reports.JS, Reports.Web
We added the ability to specify the maximum and minimum sizes of report components by height and width. When rendering reports, the component can grow to the maximum values or can decrease to the minimum values. By default, the size of a component is unlimited. 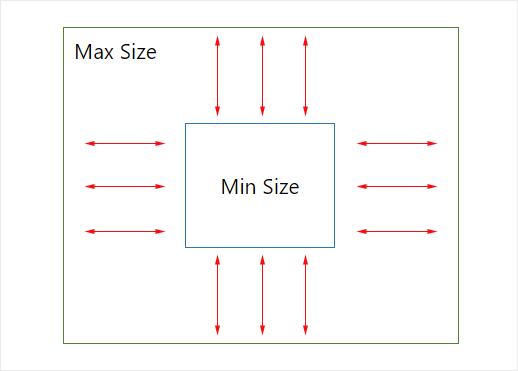 XSD schema in Reports.Java
Previously, the structure for XML data could only be obtained from an XSD file. Starting with the release 2017.1, you can also get a structure for the XML data source from another XML file.

New exports in Reports.Java
Starting with the release 2017.1, reports can be converted to such types of documents as OpenDocumnet Calc and OpenDocumentWriter. For this, in the viewer or the preview tab, select the appropriate item in the Save menu, define the export settings and click the OK button to export the report. 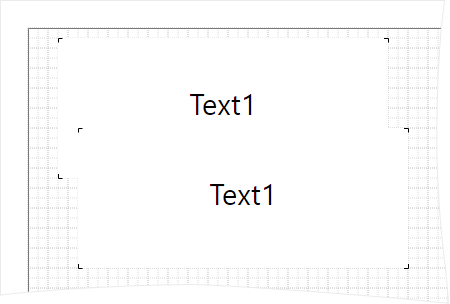 Conditions for styles in Reports.Java
By default, the styles from the list are applied sequentially to the report components. If you use a collection of styles, the last style of the collection will be applied to the report components. However, when using the style conditions, you can define the settings by which this style will be applied. A condition can be specified depending on the position, type, location, or name of the component to which this style will be applied. The number of conditions for the same style is unlimited.

New themes for the Reports.JS, Reports.Web, and Reports.PHP viewers
In the release 2017.1, 21 themes for the HTML5 viewer are added. This provides the ability to setup the appearance of the viewer. 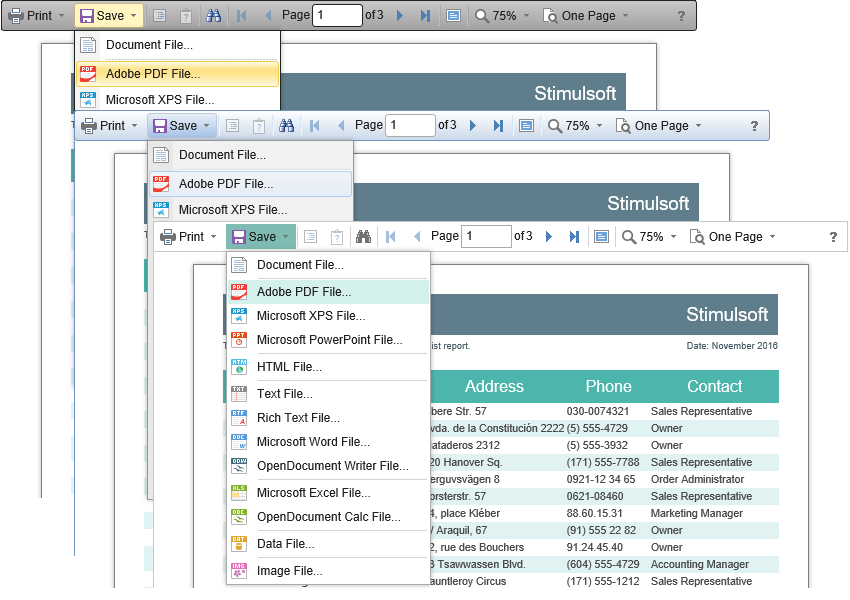 Mirror fields in Reports.Java
Now you can create reports with binding. We added support for mirror fields. To enable mirroring mode, set the Mirror Margins property to true. 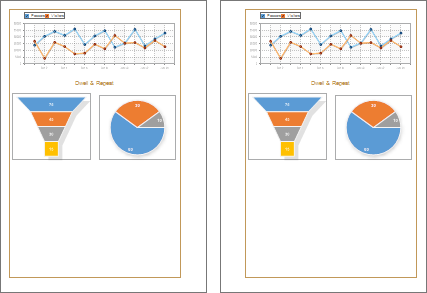 We are pleased to announce the release of the new version Stimulsoft Reports 2016.3 which is now available for download. With this new version we introduce new features which are support for VS 2017, ability to include files into reports, importing report directly in the report designer, resources in the data dictionary, and many more.

Report Resources in Reports.Net, Reports.Web, Reports.Wpf
In the release of 2016.3, you can include a variety of files into the report. Built-in report files are called resources, and are displayed in the data dictionary in the Resources category. To add a new resource, select the New Resource command. After loading, the resources can be used in the development of reports. 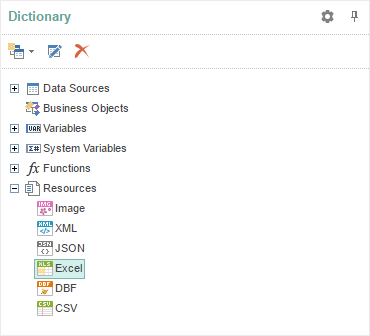 Images in Resources in Reports.Net, Reports.Web, Reports.Wpf
Images of different types can be included into your reports. To do this, you need create a new resource in the data dictionary, and load an image into it. This resource can be used as a component of the report image or the image watermark.

Data from Files in Saved Resources in Reports.Net, Reports.Web, Reports.Wpf
You can include data files into the report. To do this, you have to create a new resource in the data dictionary and upload CSV, DBF, Excel, JSON or XML data file. Then, based on this resource, you can create a data source and render a report. In this case, both the data and report will be stored jointly. 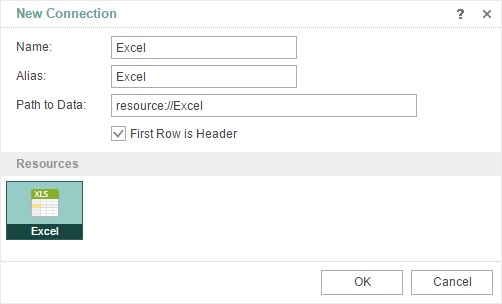 Image in Variable in Reports.Net, Reports.Web, Reports.JS, Reports.Wpf
Since the release 2016.3, we have added a new variable of the Image type. Now, an image may be stored in the variable. 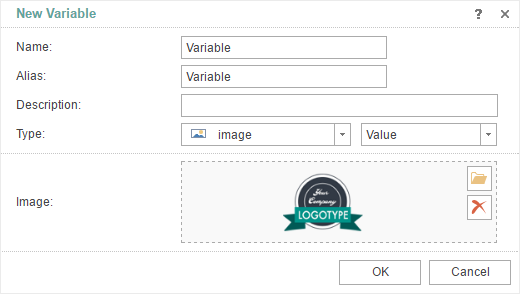 Gallery in Image Editor in Reports.Net, Reports.Web, Reports.Wpf
In the release 2016.3, you can use the image gallery, which is a list of thumbnails of all available images from items such as the data dictionary as data columns, resources, variables. In order to assign an image to the component, simply click on a thumbnail in the gallery. 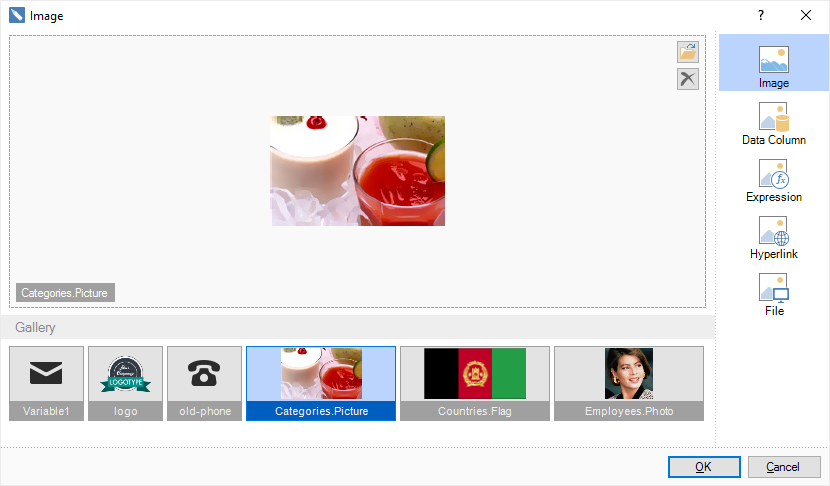 Updated Watermark Editor in Reports.Net, Reports.Web, Reports.Wpf
In the release 2016.3, we have optimized the editor watermark and added new features. All images that are added to the resources or stored in variables can be used as watermark images. In the Watermark editor, they are displayed in the gallery. Advanced settings of the watermark can be called by clicking the More Options button. 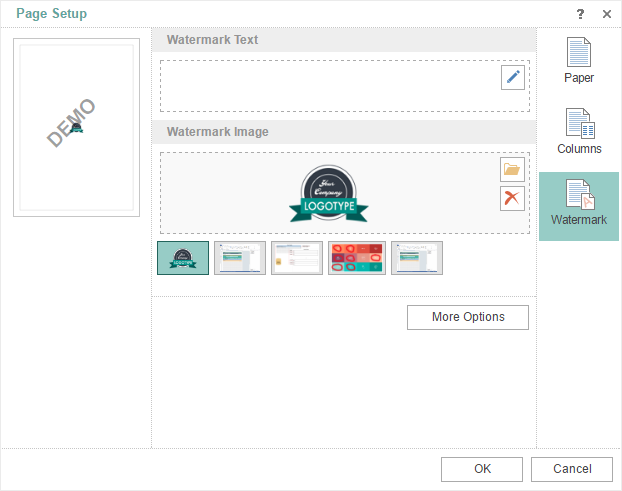 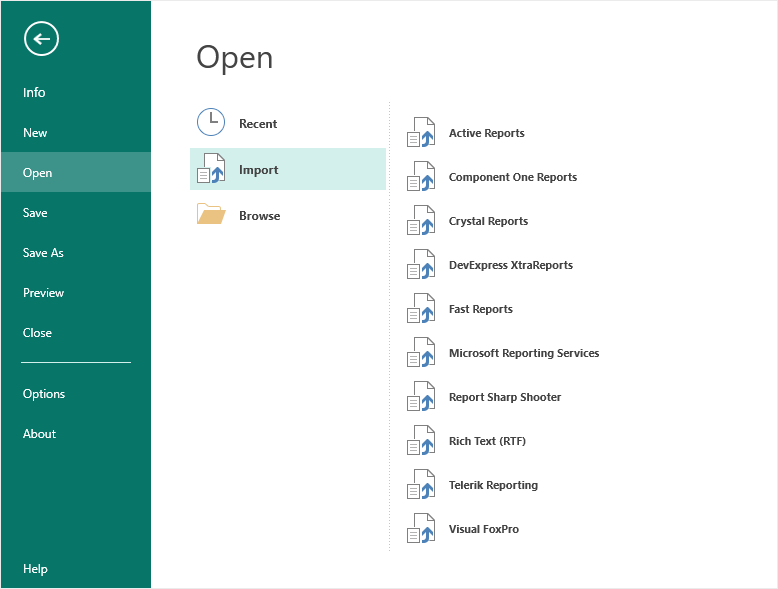 Filtering Data in the Export to XML
Now when you export reports to XML files, you can filter bands which will be exported. The following options are available - only Data band, Data band and its Headers, all report bands.

CSV Data Source in Reports.JS
In the release 2016.3, we have added the ability to create a data source based on a CSV file.

Cross Band in Reports.JS
In the new version we have added cross-bands. Now you can use Cross-Data, Cross-Header, Cross-Footer, Cross-Group Header and Cross-Group Footer bands in the development of reports. These bands are available in the Insert tab -> Cross Bands to select the necessary item. 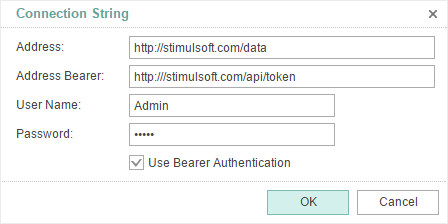